When studio Tomahawk brought out Aetius and Arthur, they opened the door to the early Middle Ages gave a fascinating view of the militaries involved. One of the most popular if not the most popular faction is Late Imperial Roman. I’ve always been interested in this particular part of Roman history. Now, I had a way to bring them to the wargame stable as part of a game that I really like. After countless hours of painting (with still some more to go) I have got my Roman war band ready to go. Here it is.

As you can see, he is a special ended fellow. I have named him maximus phallus erectus and yes he is a descendent of the (in) famous big us Dicus who was a Roman official somewhere in the East got caught up in some kind of strange religious thing I don’t know. I realize looking at the photo especially that the horse could probably use some more detailing and that’s all right I will get to that. Anyway he is my mounted warlord.

These are my hearth guard known as Equites. There are eight of them total broken down into 2 x4 man groups known as red squadron and blue squadron. Most of the time I deploy them as a single eight-man unit. I mean there is nothing like having a basic movement of 12 inches and smacking the opposition with at least 16 attack dice. Now that’s a mailed fist. 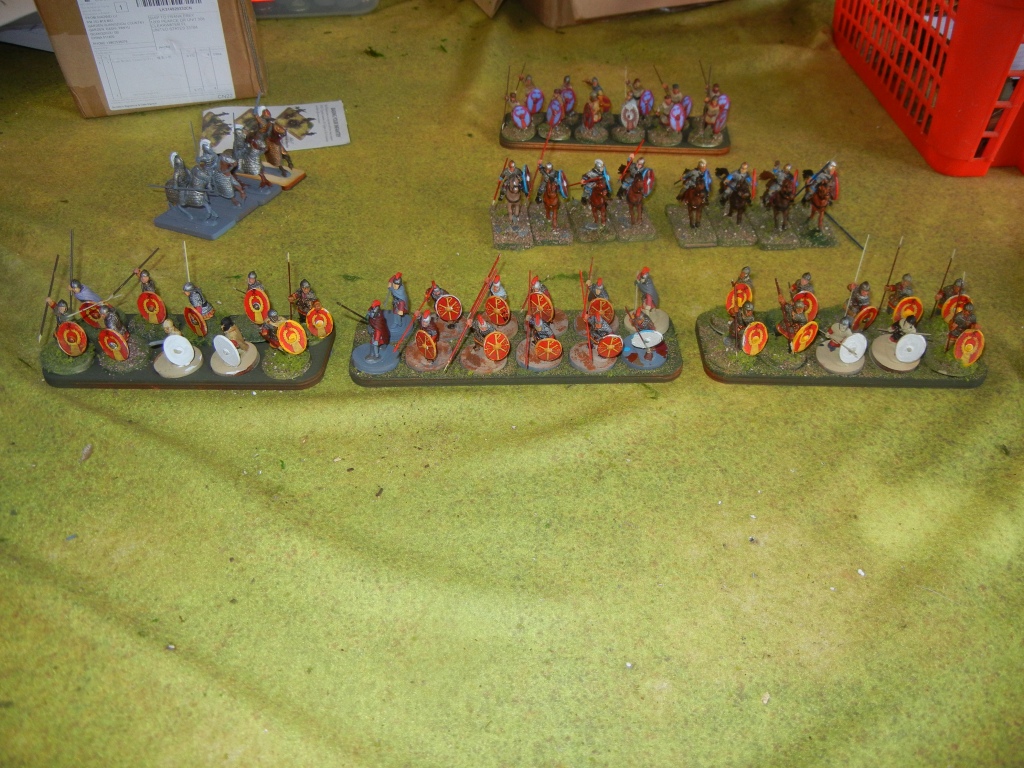 This is my main battle line. It is the heart and soul of my Roman war band. It consists of four points of warriors organized into three units. There are two10 figure units and one 12 figure unit. This gives me a solid battle line of good infantry. Although cavalry was in the ascendancy at this time, the Romans still relied on their heavy infantry formations.

I also have a unit of eight warrior archers as well as a 12 figure unit of Levy armed with shield and spear. I can plug these in as needed. The Roman army is a combined arms Army that is very flexible on the SAGA battlefields.

In future posts, I will examine the Roman battle board as well as look at the Picts and the Saxons. Until then… Have fun play games! 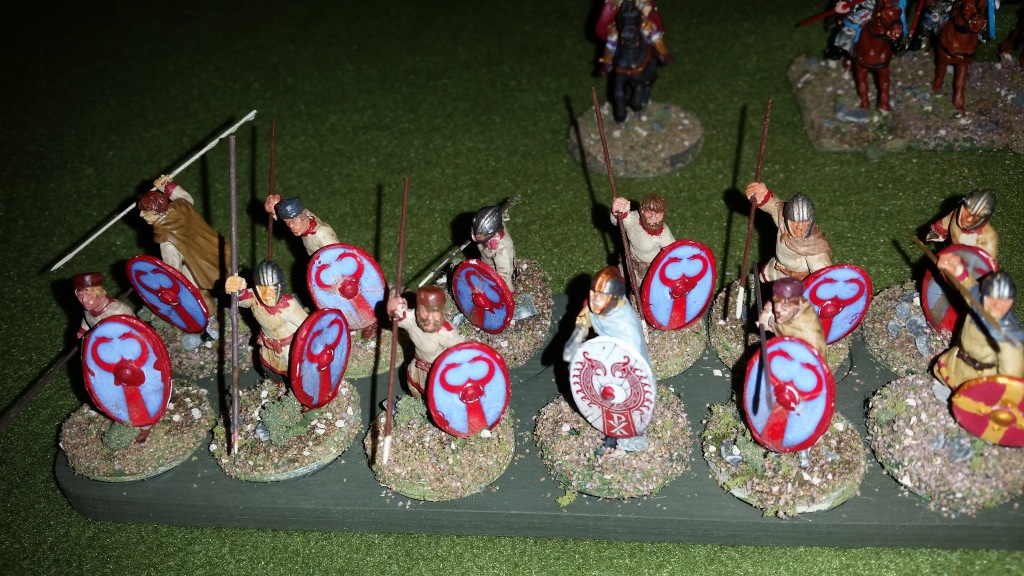 This is a test. This is a test to see if everything works and apparently it does. It looks like I’ll be back posting about saga, lion rampant, sharp practice and various other skirmish games. I will even include pictures.

Dear readers, you have been warned.

Scent of a Gamer

From the computer to the tabletop, this is all about games. Updated each week-end.

Vert, a Maunche Within a Bordure Argent

The thoughts and deeds of a writer, fighter and re-enactor

... they will never be the same

To Strive, To Seek, To Find, And Not To Yield

The Ministry of Gentlemanly Warfare

The home of In Her Majesty's Name, Daishō and Blood Eagle

A YouTube channel about tabletop wargaming and the miniatures hobby, mostly.

I play for fun... all else I take seriously

Sensibly dressed female wargames miniatures and so much more!

Scientific Investigations into the Cthulhu Mythos

A collection of homebrew material for 5e Dungeons and Dragons

we hunted the mammoth

the new misogyny, tracked and mocked

confessions of an adversary