The morning quiet of the borderlands was slowly replaced by the clink of armor and the neighing of horses as both sides gathered to test their might and metal. 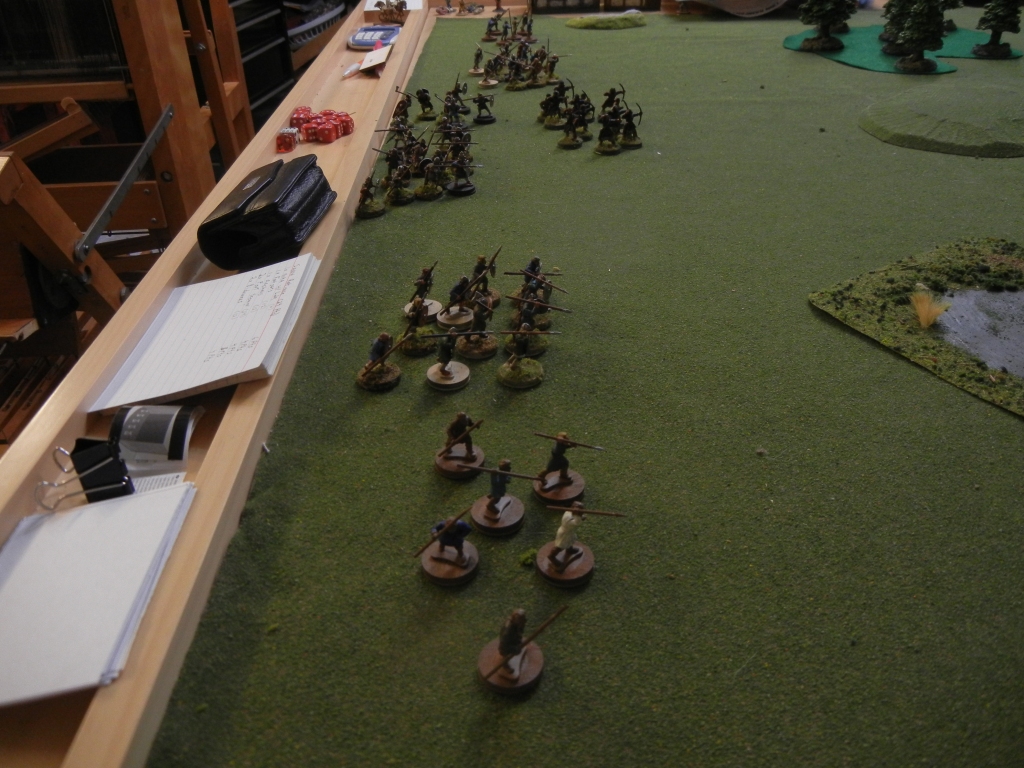 On this side, Osric the Rash, Thane of Wulfsted called his forces up for battle ready to repulse the invader.

On the other side, Baron Andrew of House Lannister drew up his retinue ready and aching for a fight. 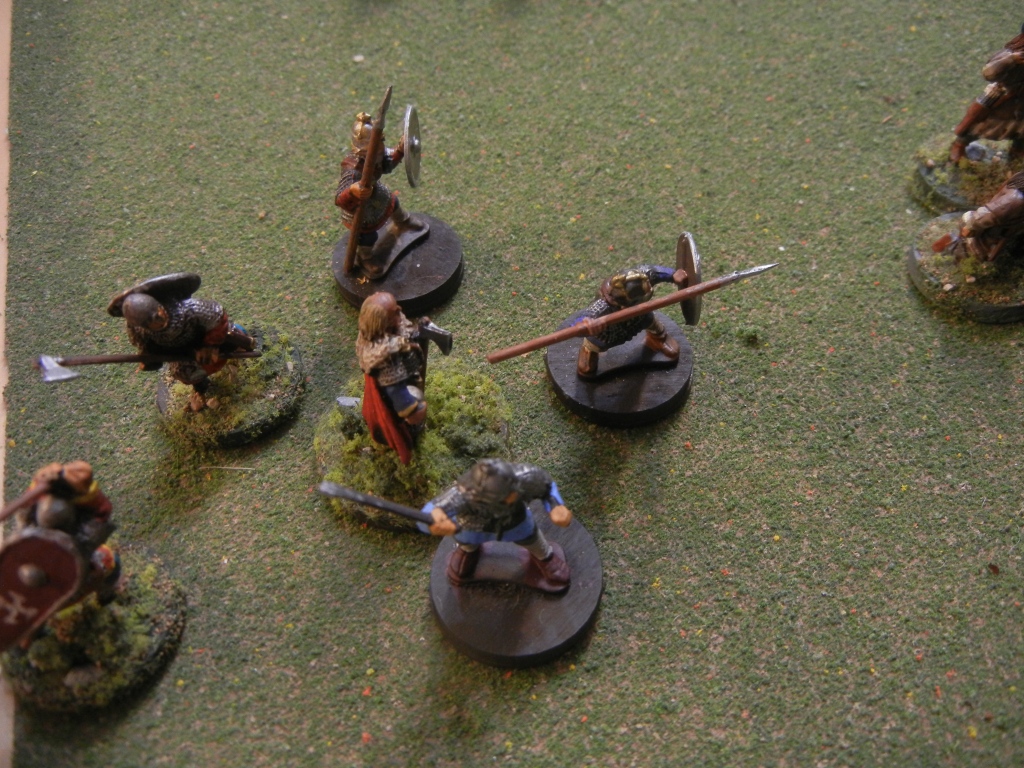 Thane Osric orders his troops forward. Forward to victory! In game terms, I got lucky and was able to activate almost all of my units on the first several turns. Andy was not so fortunate.

Baron Andy and his retinue no doubt plotting and scheming amongst themselves.

An overview of the battle field after the first several turns. In the very upper left, one of my Bidower units approaches the woods. Next to it, a unit of Foot Yeoman manuever to support the Archer unit as it moves up the hill. My Thane and his bodyguard occupy a central position while a unit of Foot Sergeants stands close by. Another Foot Yeoman unit moves to fill the gap between the marsh and the hill. There is another Bidower unit off camera that is approaching the marsh.

On the other side of the table, Andy had difficulty getting his units to move which worked in my favor considering all the damn cavalry he had.(1 x MMA and 1 X Mounted Sergeants.) 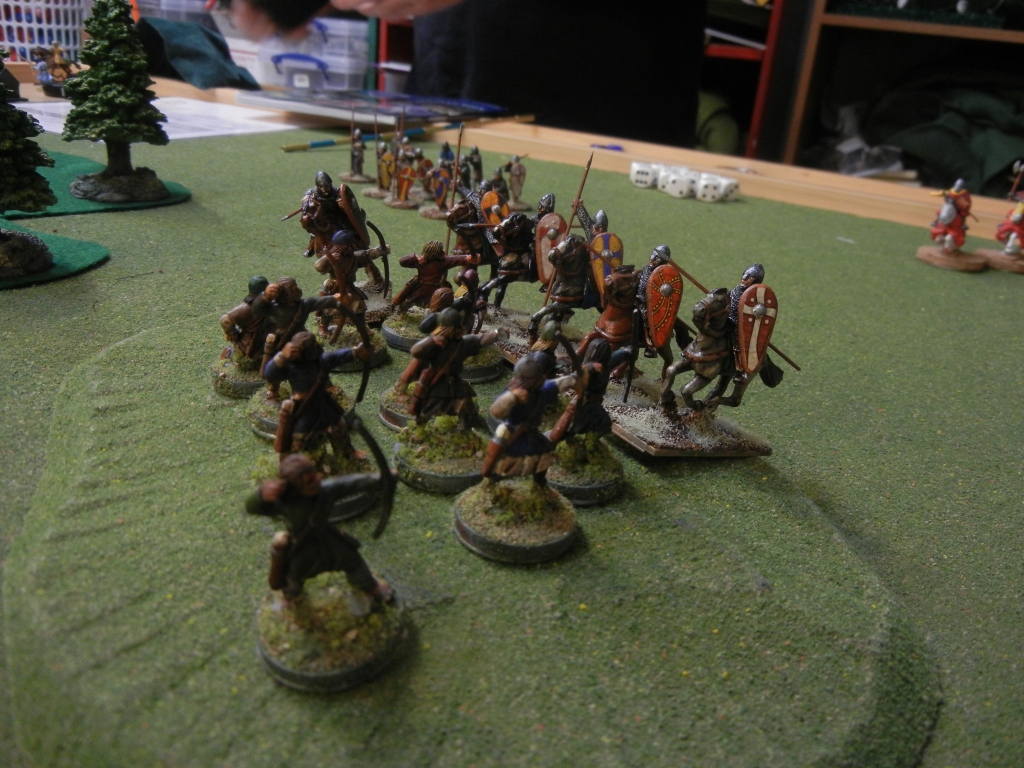 Finally, Andy got a streak of activations. He sent his unit of Mounted Sergeants to clear my Archers off the hill.

Only they didn’t clear off so easily and the Sergeants were driven back.

…it was the Archers turn to be driven back off the hill. 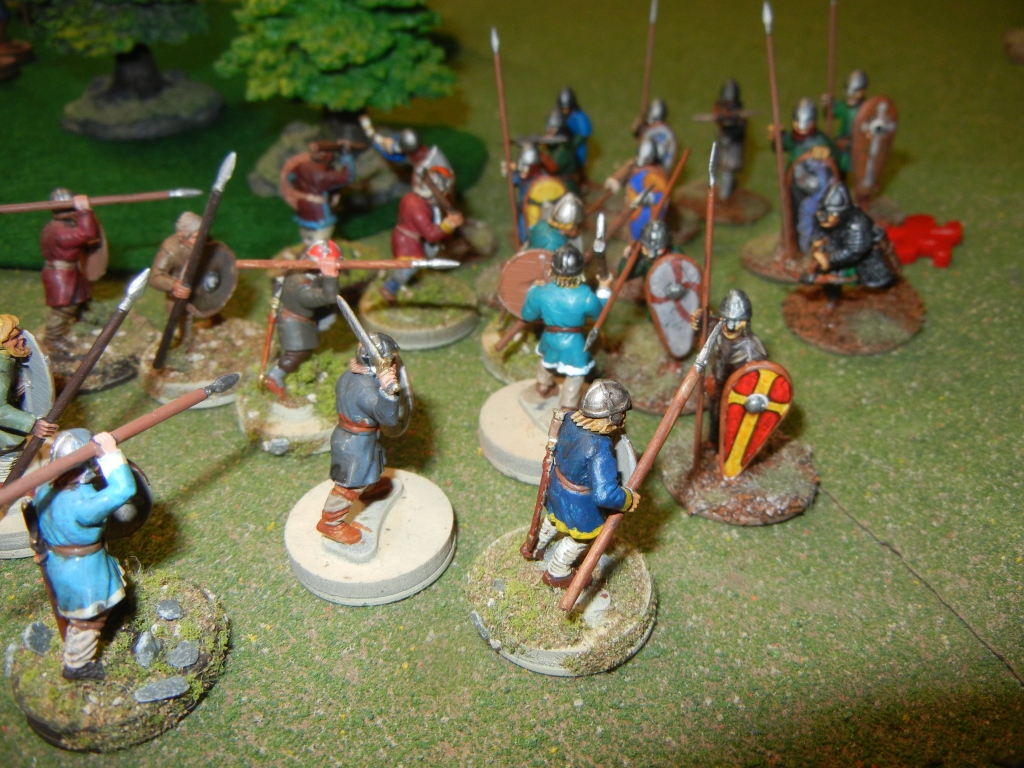 My Foot Yeoman crash into the Foot Sergeants…

…and crash right back out again. The Mounted Sergeants make another appearance with the Lannister MMA following behind them, 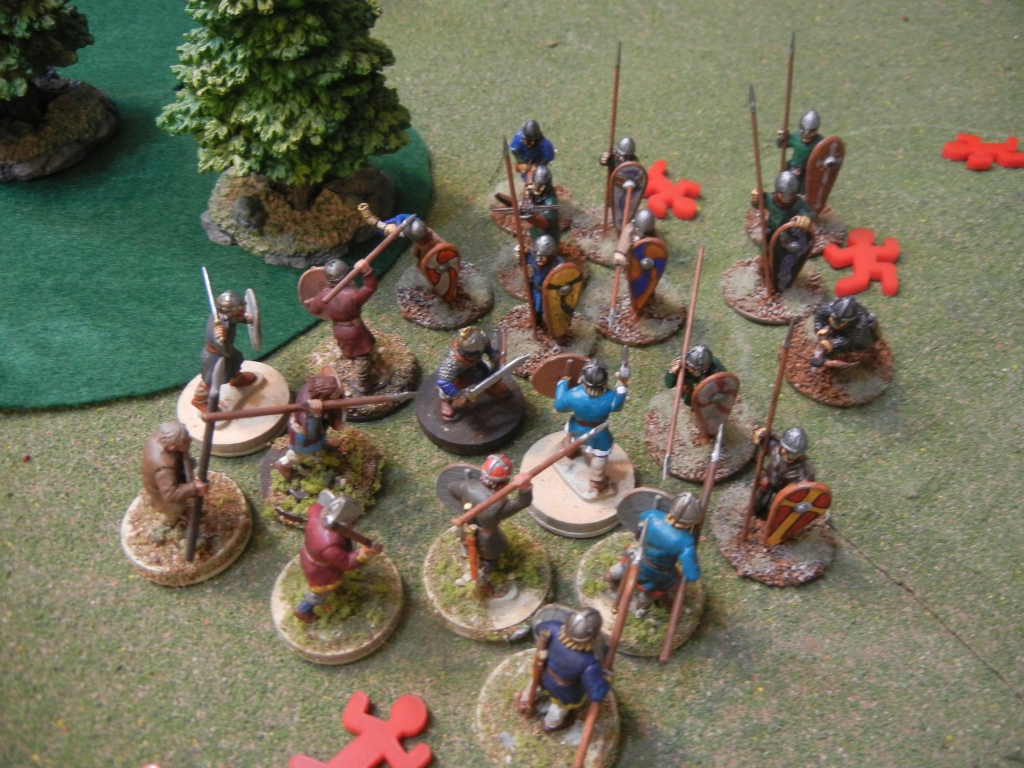 …then it probably was a very bad idea to begin with.

Finally, this is what happens when a unit of Foot Yeomen who have taken 5 casualties roll a 3 on their Courage Check. I was able to photograph them just before they cut out for the tall and uncut with all due haste.

At this point we called it a game. Andy was gentleman enough to call it a draw and I agreed. We both learned a lot from this game. It was fun and I’m hoping for a rematch this coming Friday. Until then…

Have Fun and Play Games!

Scent of a Gamer

From the computer to the tabletop, this is all about games. Updated each week-end.

Vert, a Maunche Within a Bordure Argent

The thoughts and deeds of a writer, fighter and re-enactor

... they will never be the same

To Strive, To Seek, To Find, And Not To Yield

The Ministry of Gentlemanly Warfare

The home of In Her Majesty's Name, Daishō and Blood Eagle

A YouTube channel about tabletop wargaming and the miniatures hobby, mostly.

I play for fun... all else I take seriously

Sensibly dressed female wargames miniatures and so much more!

Scientific Investigations into the Cthulhu Mythos

A collection of homebrew material for 5e Dungeons and Dragons

we hunted the mammoth

the new misogyny, tracked and mocked

confessions of an adversary